As a child of ten, I once sat on a hillside on the reservation with my father and his mother as they looked down into the town on the valley floor. It was blackcap berry season and the sun was very warm, but there in the high country a cool breeze moved through the overshading pines.

teilen
tweet
pocket
mail
0
2. August 2005
0
0
7 min.
Correction
Print
Bluebirds and wild canaries darted and chirped in nearby bushes, while a meadow-lark sang for rain from the hillside above. Sage and wild roses sent their messages out to the humming bees and pale yellow butterflies.

Down in the valley, the heat waves danced, and dry dust rose in clouds from the dirt roads near town. Shafts of searing glitter reflected off hundreds of windows, while smoke and grayish haze hung over the town itself.

The angry sounds of cars honking in a slow crawl along the black highway and the grind of large machinery from the sawmill next to the town rose in a steady buzzing overtone to the quiet of our hillside.

Looking down to the valley, my grandmother said (translated from Okanagan), ‘The people down there are dangerous; they are all insane’. My father agreed, commenting, ‘It’s because they are wild and scatter anywhere’. I would like to explain what they meant when they said this. I do not speak for the Okanagan people, but my knowledge comes from my Okanagan heritage.

The discord that we see around us, to my view from inside my Okanagan community, is at a level that is not endurable. A suicidal coldness is seeping into all levels of interaction; there is a dispassion of energy that has become a way of life in illness and other forms of human pain. I am not implying that we no longer suffer for each other as humans but rather that such suffering is felt deeply and continuously and cannot be withstood, so feeling must be shut off.

I think of the Okanagan word used by my father to describe this condition, and I understand it better. Translation is difficult, but an interpretation in English might be ‘people without hearts’ – people who have lost the capacity to experience the deep generational bond to other humans and to their surroundings. It refers to collective disharmony and alienation from land.

It refers to those whose emotion is narrowly focused on their individual sense of well-being without regard to the well-being of others in the collective. 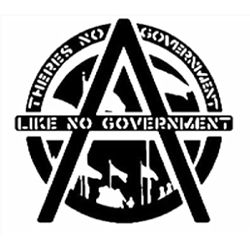 The results of this dispassion are now being displayed as large nation-states continuously reconfigure economic boundaries into a world economic disorder to cater to big business. This is causing a tidal flow of refugees from environmental and social disasters, compounded by disease and famine as people are displaced in the rapidly expanding worldwide chaos. War itself becomes continuous as dispossession, privatization of lands, exploitation of resources and a cheap labor force become the mission of ‘peacekeeping’.

The goal of finding new markets is the justification for the Westernization of ‘undeveloped’ cultures.

Indigenous people, not long removed from our co-operative, self-sustaining lifestyles on our lands, do not survive well in this atmosphere of aggression and dispassion. I know that we experience it as a destructive force, because I personally experience it so. Without being whole in our community, on our land, with the protection it has as a reservation, I could not survive.

In knowing that, I know the depth of the despair and hopelessness of those who are not whole in a community or still on their own land. I know the depth of the void. I fear for us all, as the indigenous peoples remaining connected to the land begin to succumb or surrender. I fear this as the greatest fear for all humanity. I fear this because I know that without my land and my people I am not alive. I am simply flesh waiting to die.

Could it be that all people experience some form of this today? If this is so, it seems to me that it is in the matter of the heart where we must reconstruct. Perhaps it is most important to create communities with those who have the insight to fear, because they share strong convictions. Perhaps together they might create working models for re-establishing what is human.

Yet fear is not enough to bind together community, and I cannot help but be filled with pessimism, for I continue to see the breakdown of emotional ties between people.

I see the thrust of technology into our daily lives, and I see the ways we subvert emotional ties to people by the use of communications that serve to depersonalize. I see how television, radio, telephone and now computer networks create ways to promote depersonalized communication. We can sit in our living rooms and be entertained by extreme violence and destruction and be detached from the suffering of the people. We can call on the phone or send e-mail to someone we may never speak to in person.

Through technology there is a constant deluge of people who surround us but with whom we have no real physical or personal link, so we feel nothing toward them. We can end up walking over a person starving or dying on the street and feeling nothing, except perhaps curiosity. We can see land being destroyed and polluted and not worry as long as it’s not on our doorstep.

But when someone is linked to us personally, we make decisions differently. We try harder to assist because we care about them.

In a healthy whole community, the people interact with each other in shared emotional response. They move together emotionally to respond to crisis or celebration. They ‘commune’ in the everyday act of living. Being a part of such a communing is to be fully alive, fully human. To be without community in this way is to be alive only in the flesh, to be alone, to be lost to being human. It is then possible to violate and destroy others and their property without remorse.

The protectors of Earth 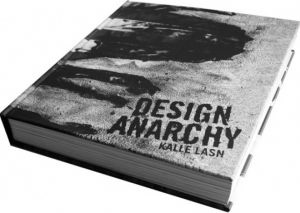 With these things in mind, I see how a market economy subverts community to where whole cities are made up of total strangers on the move from one job to another. This is unimaginable to us. How can a person be a human while continuously living in isolation, fear and adversity?

How can people 20 yards away from each other be total strangers?

I do see that having to move continuously just to live is painful and that close emotional ties are best avoided in such an economy. I do not see how one remains human, for community to me is feeling the warm security of familiar people like a blanket wrapped around you, keeping out the frost.

The Okanagan word we have for ‘extended family’ is translated as ‘sharing one skin’. The concept refers to blood ties within community and the instinct to protect our individual selves extended to all who share the same skin. I know how powerful the solidarity is of peoples bound together by land, blood and love.

This is the largest threat to those interests wanting to secure control of lands and resources that have been passed on in a healthy condition from generation to generation of families.

Land bonding is not possible in the kind of economy surrounding us, because land must be seen as real estate to be ‘used’ and parted with if necessary.

I see the separation is accelerated by the concept that ‘wilderness’ needs to be tamed by ‘development’ and that this is used to justify displacement of peoples and unwanted species. I know what it feels like to be an endangered species on my land, to see the land dying with us. It is my body that is being torn, deforested and poisoned by ‘development’. Every fish, plant, insect, bird and animal that disappears is part of me dying.

I know all their names and I touch them with my spirit. I feel it every day, as my grandmother and my father did.

I do know that people must come to community on the land. The transience of peoples criss-crossing the land must halt, and people must commune together on the land to protect it and all our future generations. Self-sustaining indigenous peoples still on the land are already doing this and are the only ones now standing between society and total self-destruction.

They present an opportunity to relearn and reinstitute the rights we all have as humans. Indigenous rights must be protected, for we are the protectors of Earth.

I know that being Okanagan helps me have the capacity to bond with everything and every person I encounter. I do not stand silently by. I stand with you against the disorder.

- We live in a world that tells us we must choose an identity, a career, a relationship, and commit to these situations.

12.06.2013 - As an act of solidarity we recorded the english news of gezi radio from today ~2 pm Istanbul time. As radio activist we know that this kind of ...

25.05.2016 - This is my ideological understanding of the true essence of being human. Unfortunately only a minority of people acknowledges this fact in the ...