Ralf Wendt von Radio Corax unterhielt sich mit Andras Arato-Chef des Budapester Klubradio, dessen Lizens trotz anderslautendem Urteil wieder in Gefahr ist. Hier das Statement des Radios zur Lage: Klubradio - communiqué The National Media and Infocommunications Authority (NMHH) is Lying With its latest communication, NMHH once again showed that its goal is not to ensure the democratic operation of the Hungarian media system, but rather, it is to expand the scope of its control. It has made it evident, if it was previously in doubt at all: Its objective is not a fair proceeding, as it even refuses to carry out its obligations as expressed in binding court decisions; this much is clearly discernible in its May 9 press release. 1. The Metropolitan Regional Court did not generally order a new proceeding to be initiated by the Media Council in the matter of the 93.5 MHz frequency; rather, its order concerned the exclusion of the announced unlawful winner, Autoradio ltd., and the publication of a consequent, applicable, new and final result. In this regard, its task is not is not to initiate a new proceeding, but rather to correct prior illegalities. 2. The administrative deadline did not commence on May 4; it commenced a month earlier, on April 4, at the time of the delivery of the binding decision. The information necessary to enforce the decision is contained in the decision itself. Following April 4, no new documentation has been generated at the Metropolitan Regional Court which would not have been available to the Media Council previously. Thus, the “deadline” attached to their return receipt is merely an empty excuse. 3. The Media Council should have carried out the mandates set forth in the decision immediately; now, however, it is apparent that the Council is merely delaying implementation and is not carrying out the mandated actions in the decision. As the Media Council had even issued an illegal decision in the tender - conducted with tender terms that contradicted the will of the people - and then did not comply with the contents of the binding court decision, it has lost its legitimacy for good and shown its complete unsuitability to perform the duties it has been charged to carry out. Its words no longer carry any weight, thus the validity of its decrees may be questioned to a significant extent; its departure from public life in Hungary has become an urgent necessity.

- There is a double spooking the world, the double of abstraction. The fortunes of states and armies, companies and communities depend on it. All contending classes revere yet fear the relentless abstraction of the world on which their fortunes yet depend.

Elephant in the room - 20 years anniversary of indymedia

27.01.2020 - The resistance is global… a trans-pacific collaboration has brought this web site into existence. Thats how The first entry on an Indymedia website ...

Interview on the judiciary, prisons and ´Occupy´ in the US

15.06.2012 - In June 2012 we met Sarah and Aron from Richmond, Virginia in Berlin and talked about the impacts of the occupy movement, police brutality and repression ... 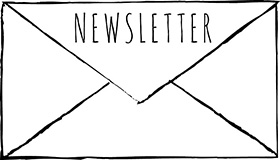