Internationally, African countries are considered to be particularly corrupt. This reputation amounts to an immense oversimplification of a much bigger problem and partly results from questionable methods of measurement.

The best-known instrument for measuring corruption is Transparency International’s (TI) Corruption Perceptions Index. The index does not measure corruption directly, but rather compiles people’s perception of corruption within a country. The index is problematic in two ways:

- It defines corruption as the bribability of public officials and politicians, thus neglecting corrupt practices within the private sector.

- It does not rely on a survey of a country’s people, but basically uses information provided by business people and so-called country experts.

The UN Economic Commission for Africa estimates that illegal financial flows cost Africa around $ 50 billion per year. If one takes OECD estimates as a basis, more than $ 30 billion (or two thirds) stems from “commercial transactions”, including tax avoidance and tax evasion. Only an estimated 2 to 3 billion dollars result from corruption in the sense of officials’ bribability, as assessed in TI’s Corruption Perceptions Index.

Tax havens facilitate the large outflow of potential tax revenues, and they are by no means limited to the Caribbean and Switzerland. According to the Tax Justice Network’s Financial Secrecy Index, the USA ranks third, Germany eighth, Japan 12th and Britain 15th. A global network of “safe havens” has evolved for the capital of international corporations and corrupt politicians.

A recent UN report sheds light on cases of cross-border corruption in Africa. In 99.5% the cases involved non-African firms. This means that African companies active in neighbouring countries are not the main culprits who pay bribes to “host” governments. Mostly multinational corporations do so. It is true, however, that the report only examined cross-border corruption, making no assertions concerning domestically paid bribes.

Nonetheless, the report does expose another deficiency of the TI Index. It does not include the predominantly international financial actors that pay bribes, but only focuses on the public officials and politicians who accept them. This one-sidedness makes “the Africans” appear more corrupt than multinational corporations even though the corporate money is what drives corruption in the first place.

The mystery of ‘populism’ finally unveiled - Class conflict and its cultural expression (08.03.2017)On Private Property of Immaterial Goods - The open-source movement (19.02.2013)Tremors on the Global Market - On the underlying causes of the current financial crisis (24.11.2008)

- As strange and as sudden as it may be, thanks to the revelations by several international news sources concerning the magnitude of tax evasion facilitated by a Panamanian firm, elected officials and bank directors, often in collusion with each other, seem to have discovered a durable, well-organized offshore system of large-scale dubious deals.

A society of oligarchsHow Mark Zuckerberg’s Altruism Helps Himself

- Zuckerberg set up a limited liability company, which was a public relations coup and will help minimize his tax bill.

’Not having a gouvernment at the time is better than having Rusnok and his friends’ - Advanced reelection in Czech [...]

Three Arrows Against the Svastica in Germany, 1931/32

The mystery of ‘populism’ finally unveiled

- The philosopher of post-Fascism enters the populism fray with his own candidate for [...] mehr...

Into the Dustbin of History

- The ‘changes’ in Eastern Europe took place on the 200th anniversary of the French revolution. It seemed to [...] mehr...

The current system has run out of steam

- As strange and as sudden as it may be, thanks to the revelations by several [...] mehr... 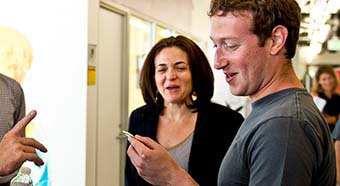 A society of oligarchsHow Mark Zuckerberg’s Altruism Helps Himself
ImpressumNewsletterRSS